SAP PM Criticality Ranking: what is it used for?

What is criticality ranking and what can it be used for?

In this short blog I will explain how you can use SAP PM to provide the available assets with a Criticality Ranking. There is a standard field for this in the Functional Location and Equipment master data of SAP PM. Unfortunately, many organisations are not aware of this.

With a criticality ranking, you indicate how critical a certain asset is for the company. There can be 3 rankings:

For example, if an A-critical asset fails, this has major consequences for operations. Whereas a C-critical asset is allowed to fail because it has virtually no impact.  Once a criticality ranking has been applied per asset, this has numerous advantages. For example, Maintenance Requests and Notifications can be better prioritised. Also analyses and decision making on reliability improvement initiatives can be done faster.

Each company will have to define its own criticality ranking policy to determine which assets are high criticality, medium criticality and low criticality. As soon as the policy is known, the recording of the criticality per asset in SAP PM can be started.

Where in SAP PM can the criticality be recorded?

In the master data of each SAP job location and SAP Equipment, there is a field called “ABC-indicator“. This is by far the most suitable field in SAP PM for capturing the criticality of the asset.

Below is a screenshot of a Functional Location containing the standard ABC-indicator field. 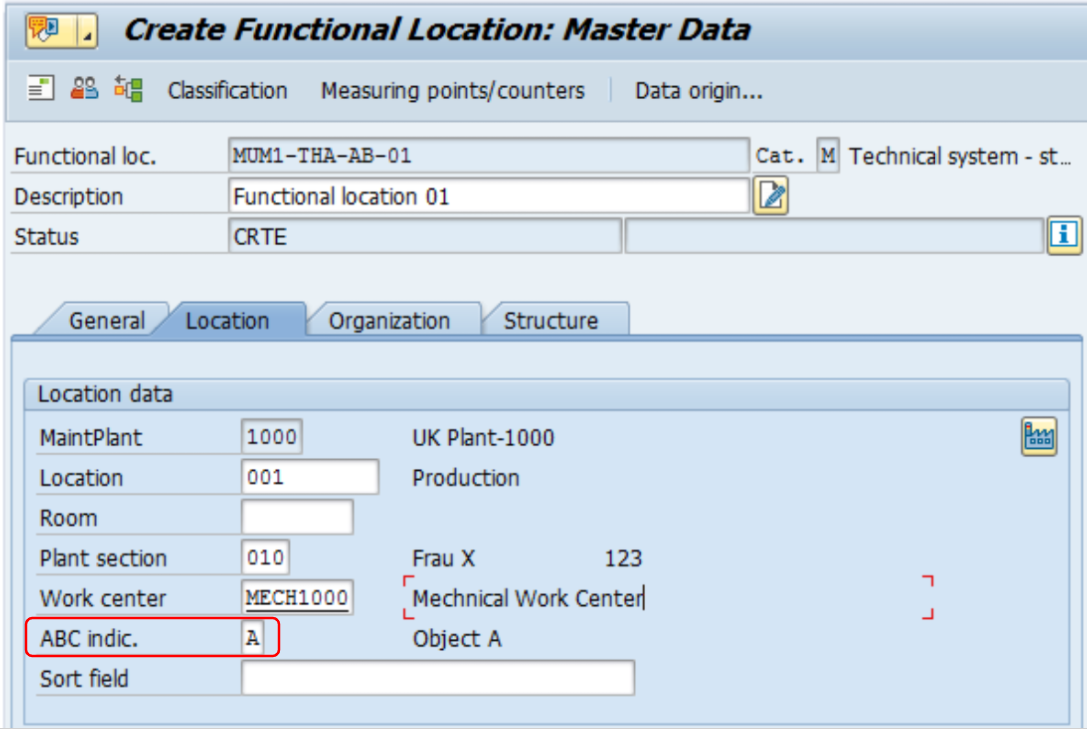 Do you need help with setting up the Criticality Ranking in SAP PM? Contact B-Synergy

About the author
Justien Kient
My knowledge and experience in the field of maintenance engineering and asset management have been gained in various sectors including the process industry (food & chemicals), heavy industry (steel), offshore, infrastructure and public transport.My company name "I am Maintenance" makes it clear that professional maintenance is my passion and runs like a thread through my life. You will also discover the abbreviation of Asset Management (AM) and of the Institute of Asset Management (IAM). The IAM is the well-known international organization that developed the PAS 55 which has now been replaced by the NEN-ISO 55000 series.
Website
Others also read these